YasYasYas have been busy in the Spring and Summer 2017 preparing our first album, Hokum Sitty, and doing various concerts with the material.

The band originally started from the embers of a 17th Century English dance music band, called Rackett’s Olde English, or Rackett Companie of Music. The three of us decided to do something different and Paul and I decided to go back to my roots in country blues. The work of Memphis Minnie is particularly interesting because of her brilliant guitar style and the strong female perspective of her lyrics, but as we investigated her background, we became interested in many of the musicians and bands associated with the early blues and jazz in Beale St, Memphis in the 1920s. Tampa Red Whittaker, Georgia Tom Dorsey, Will Shade & Gus Cannon (jug band leaders), Bo Carter & the Chatmon brothers (Mississippi Sheiks) all kept cropping up with great tunes that made us decide to concentrate on hokum as well as straight country blues.

We decided we could benefit from a keyboard player, our ‘Georgia Tom’, and after some trials we have found Professor Jon. As he is still working by travelling around the world at times, he has formed a loose connection with our trio, that has become stronger in the past year. So although he is not on the album cover, he is featured on many of the tracks. 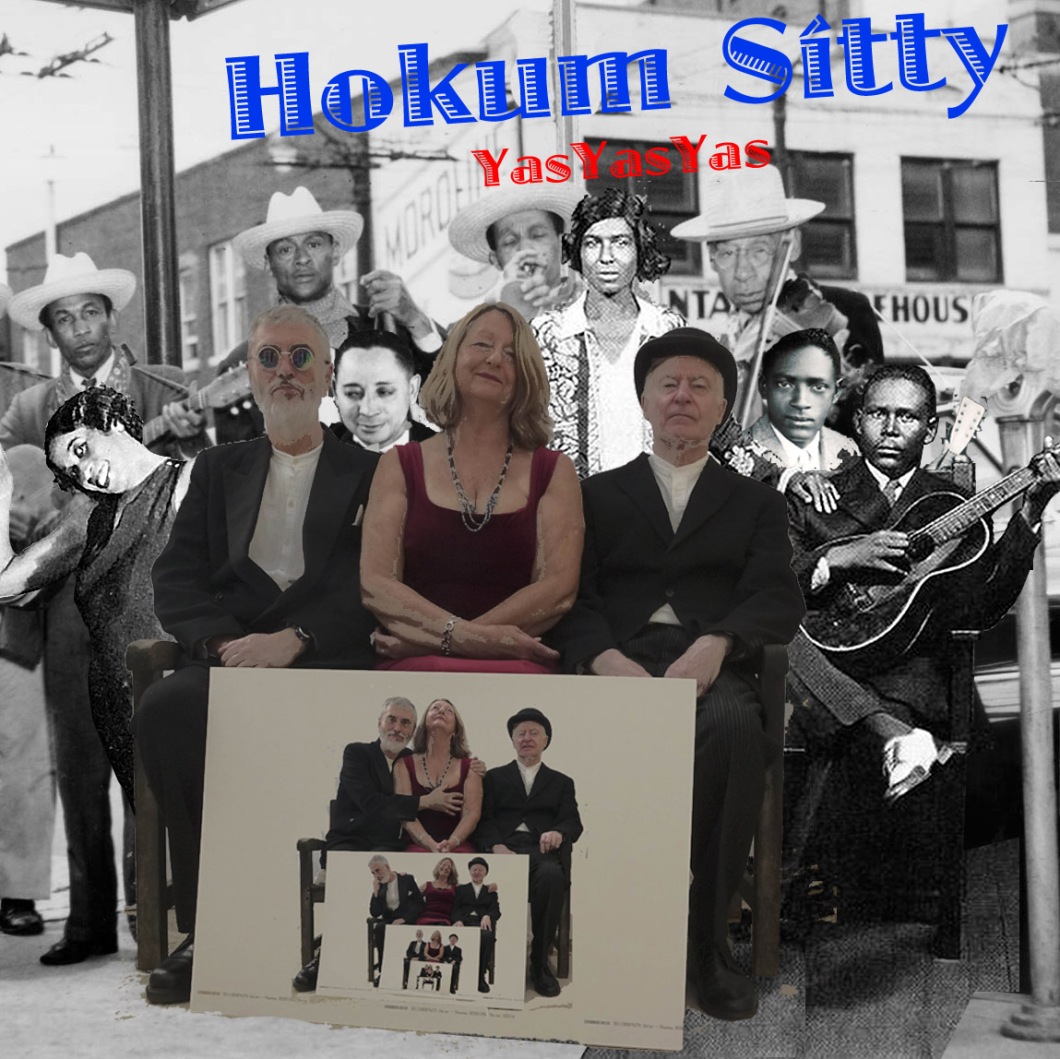 If you have not bought the album (and there are still many that have not) you may like to know that Blanche Calloway, Tampa Red, Minnie and the McCoy brothers are the characters immediately overlooking our mugshots.

Our main gigs so far this year have been in the Colchester area – including SlackFolk, the Big Sunday and Colchester Folk Club, and the Mersea Island MICA Centre – but we have been over the border to the Shotley peninsular into Suffolk, and some other venues next year. Oh , and we are working on the next album in the Autumn.